GUERNSEY made it two out of two in this year’s European Division Two Championship with an easy victory over Israel yesterday. Winning the toss on a humid, overcast day on a Port Soif pitch that has offered assistance to the bowlers this year, Guernsey captain Stuart Le Prevost unsurprisingly chose to bowl. And the Israel batting line-up, which had so awfully crumbled a day earlier against Norway, was at it again as they were reduced to 22 for four in the 13th over of the match. 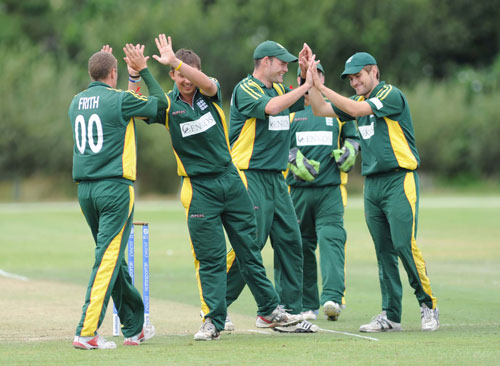 A Jonny Warr double, alongside a run out and a wicket for fellow opening bowler Lee Savident, left the visitors in tatters and battling to make a contest out of it. They limped along to get 61 runs on the board, before their latest spell of jitters struck. Jamie Nussbaumer clean bowled Eshkol Solomon, the only man to offer any real resistance with an impressive 33, and the end of the innings was as bad as the start. Another run out and a solitary wicket for recalled seamer Stuart Bisson left the Israelis on 67 for seven. 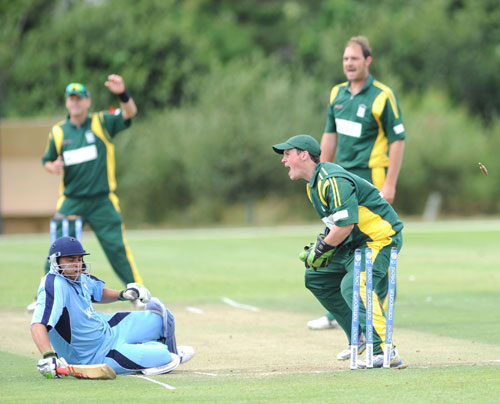 A 14-run eighth-wicket partnership at least took the innings beyond the 30-over mark, but a Jeremy Frith double and one for Gary Rich finished the innings on a paltry 86 all out. 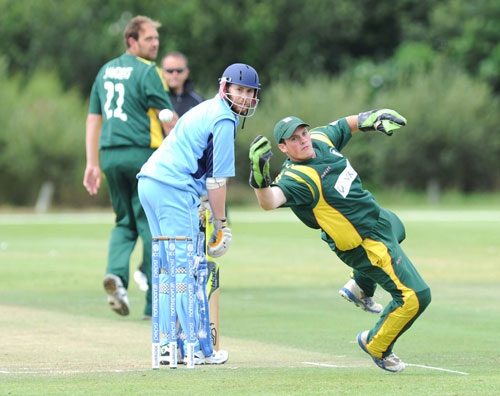 With only Solomon reaching double figures, it was a productive day for the Sarnian bowlers, who shared the wickets around well. The low total was never likely to have Guernsey worrying, although they did make it more difficult for themselves than they would have preferred.

A new opening partnership of Ross Kneller and Ben Ferbrache made only seven runs, albeit five more than the previous day’s effort, before Ferbrache fell to the bowling of Raymond Talkar for an 11-ball duck. Kneller followed him moments later for three, but with plenty of quality batting still to come, the score of seven for two was not as taxing as it may have seemed. Le Prevost, who has yet to be dismissed in the tournament, carried his side home alongside Tim Ravenscroft, who got a pleasing 34 not out to secure a routine eight-wicket win. 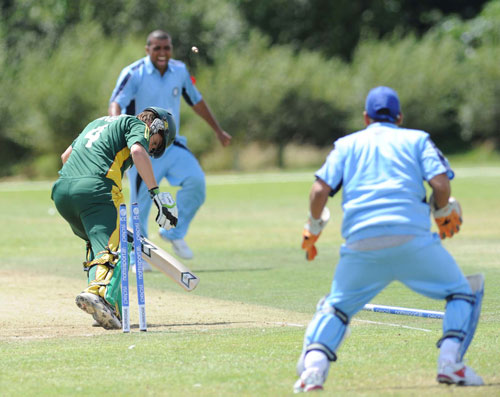 On a day of very little brilliance, with none really being needed, Le Prevost’s stunning hit for six to win the game was a rare highlight. And after the game, he was happy with the win, and the 100% record it now gives his confident side. ‘We got the job done, which was good,’ said the Guernsey skipper. ‘Our bowlers made it fairly easy for us by getting those early couple of wickets. No disrespect to Israel, but it then became’ just a matter of time. ‘It is also nice to have three or four different guys who can do damage with the new ball to turn to.’ 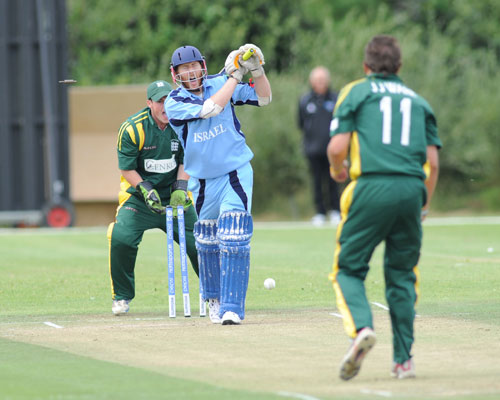 His coach, Andy Cornford, was equally happy, knowing it is another step closer to promotion. ‘We performed well again and our bowlers did an excellent job. We were aiming to get through to their middle order with the new ball still intact, which is what happened.’ After two wins, one after batting first and the other after bowling, it appears that Guernsey are equally comfortable in either situation, something Cornford agreed with. ‘We have no preference really, it depends solely on the conditions that we face on each individual day for each game.’ With the teams enjoying a day today, next up for Guernsey are the other side with two wins from their opening two games, Germany.